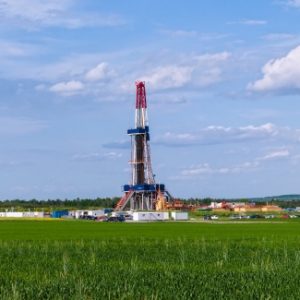 In the middle of the last decade, oil and gas companies were investing billions of dollars in terminals that would allow them the import natural gas. At the time, it seemed that the United States was running out of natural gas and would need cheaper supplies from abroad to help keep American utilities powered up for the next generation. That all started to change with a boom in shale gas production and by 2008 the import terminals started to lose favor.

On November 28, the Wall Street Journal reported that America had reached a new milestone as a net natural gas exporter. Data from the Platts Energy showed that U.S. companies have averaged in recent weeks exports of 7.4 billion cubic feet per day and 7 million cubic feet per day of imports. The biggest buyers of American gas are Mexico and Canada, because they can obtain the gas relatively cheaply through pipelines. Liquefied natural gas exports, most sent through a terminal once slated to import gas, are a relatively small portion of American exports.

The future of exports are not clear. Demand seems to be slowing around the world and a number of companies that planned to build new exporting facilities have put their plans on hold. Nonetheless, the balance of trade shows that America has an abundance of natural gas, and that bodes well for the future of natural gas power plants. These plants are increasingly being installed around the country and in many cases are allowing utilities to produce cheaper electricity. Unfortunately, the cheaper electricity is often sold at the regulated rates, which must take into account the sunk costs of older power plants. In many cases customers can negotiate directly with their utility for better rates, and the experts and EnergyCare can help you understand your options. Contact us today.