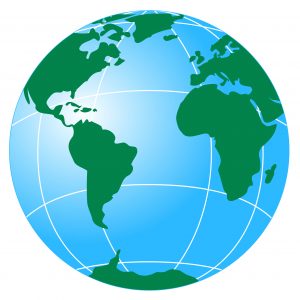 Fossil fuel supporters like to say that all types of electricity generation have an environmental cost. Solar panels and windmills may not give off exhaust, but they do take energy to build and they can cause some other harms, like bird strikes. However, a new study looking at solar panels has estimated that all the environmental damage done by building the solar panels in the world will be fully offset by 2018 at the latest.

The new study comes from Wilfried van Sark, a researcher at Utrecht University in the Netherlands. He used data from the International Energy Agency to calculate the number of solar panels that had been installed around the world from 1975 to 2015. After that, he calculated the amount of energy needed to make each panel. Silicon’s melting point is 1,414 degrees Celsius, and fossil fuels are usually needed to melt the silicon before it is formed into solar cells. This fossil-fuel burning releases carbon dioxide into the atmosphere and creates a “carbon debt.” The study added up all the carbon debts accumulated over the 40-year span, and in doing so accounted for the fact that solar cell manufacturers have become more efficient.

Once in place, solar panels begin to pay back their carbon debt. Dr. van Sark’s study calculated how much carbon emissions was saved by installed solar panels. This included an analysis of where solar panels are located, because a panel offsetting coal-generated electricity will reduce emissions more than a panel offsetting natural gas generation. After all the numbers were crunched, the study found that carbon emissions from building all the solar panels in the world (up to 2015) may have been offset as early as 1997, but will definitely be offset by 2018.

Anyone installing solar panels should consider negotiating directly with their utility for their remaining electricity needs, as rates can often be lowered in that scenario. If you want to learn about your options, contact the experts at EnergyCare.