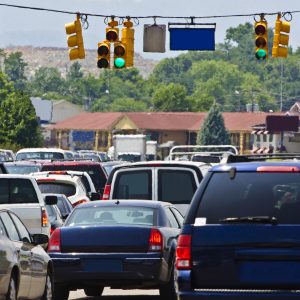 Utility companies all over the world are trying to figure out what to do about carbon dioxide emissions. Emission reduction is hard, though, and many have dreamed about finding a way to capture those emissions and either sequester the emissions underground or maybe even reuse them. Carbon dioxide can be shot into the ground to enhance oil recovery, for example. The U.S. Department of Energy seems to be thinking even bigger, and on October 17 announced that they would invest $80 million to design, build, and operate a pilot plant to demonstrate what is called “supercritical carbon dioxide power cycles.”

Carbon dioxide that is pressurized and heated can become “supercritical,” which is a state somewhat between a gas and a liquid. Supercritical carbon dioxide undergoes drastic density changes with small changes in temperature and pressure, and those changes can be used to generate electricity through a gas turbine. This particular effort will be led by the Southwest Research Institute, who will use the federal funds to build a 10 megawatt plant in San Antonio that will tie into the electric grid. If successful, it will be the world’s first large-scale plant of its kind. The project should be up and running in six years.

If successful on a large scale, supercritical carbon dioxide could help reduce emissions, but the scale of emissions currently seems completely disproportionate to any known uses for carbon dioxide. So for now, these types of projects are often money-losing efforts for utility companies and that lost money can find its way into utility rates. Consumers in many states do not have to simply accept their tariffed rate set by the government, however. In deregulated markets, consumers can negotiate directly with their utility for better rates. A free consultation with the experts at EnergyCare can inform you of your various options. Contact us today.