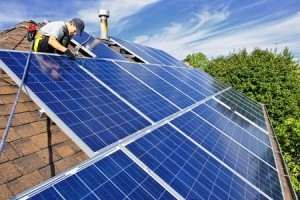 PJM is a nonprofit membership organization that manages an electric grid with competitive wholesale electricity markets that serves more than 61 million people from Illinois to Washington, D.C. In April 2016, the group issued its most recent load forecasting whitepaper that noted the accuracy of their models have decayed dramatically in recent years. Their past forecasts for distributed solar generation were particularly questionable, because they assumed the 30 percent federal Investment Tax Credit would expire at the end of 2016, but it was renewed in a surprise Congressional deal involving crude exports.

Bloomberg summarizes a new report by CreditSights Inc. that paints a very different picture than PJM’s estimates. CreditSights expects rooftop solar to grow at 30 percent per year as long as the tax credits stay in place. PJM had predicted growth to be 31 percent this year, but then decline after the tax credit expired to as low as 12 percent by 2018.

Customers with rooftop solar installations can drastically change the electricity market, because they do not need more power on a hot sunny day like most utility customers. This changes calculations for how much coal, gas, and nuclear capacity a utility company needs. Some analysts think distributed solar could even drive electricity demand growth negative, meaning that utilities may have more capacity today than they will need in the future. That could be very damaging for the traditional utility business model.

PJM just addressed this issue head on in a blog post following on a regulatory filing. It notes that it will be studying consumer behavior in general, and rooftop solar adoption in particular. PJM says consumer behavior is not the only problem in their forecasts; they are also going to change to 20-year weather histories instead of 40-year periods to account for more recent trends. The impact of rooftop solar panels seems to weigh heavily on their minds, however, even though large utility-owned solar projects still dominate the market.

At EnergyCare, we are uniquely positioned to support the customer care inquiries from independent rooftop solar companies. We are dedicated to the energy industry exclusively, shortening the representatives’ learning curve, and our tech teams can provide seamless integration with third-party systems. Contact us today to learn more.