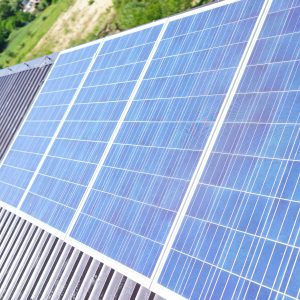 According to the Solar Energy Industry Association’s latest report, the U.S. solar industry just completed its biggest quarter of all time. This is on the end of a long-upward trajectory from a negligible amount in the first quarter of 2010 to 4,143 megawatts of installed photovoltaic systems in the third quarter of 2016.

The report contains some other interesting items as well. The third quarter 2016 number was up 191 percent from the third quarter of 2015. More than 75 percent of the installations came from the utility sector. That means that despite all the press for rooftop companies like SolarCity, it appears that traditional utility companies are still driving the solar industry the most. The report credited a good bit of the success over the last year to the recent extension by Congress of the federal solar investment tax credit.

The report warns to watch out for three major trends in the coming years. First, utilities may struggle to find additional demand for solar. Most California utilities have procured enough renewables to meet their obligations, so that is one major source of demand that will be largely off the table. Second, many commercial customers (including a large number of Fortune 500 companies) are working to secure solar electricity, but they are largely looking at community solar and offsite wholesale operations instead of the traditional utility. In the long-term, some of this is expected to switch back to onsite installations. Third, residential solar is starting to slow down. The report says that the pool of “early adopters” who want solar regardless of the economics have been largely tapped out, and the best neighborhoods to install solar have been flooded with door-to-door salesmen.

Solar has had a great run in recent years, but in some ways it does seem that the growth rate is due to slow down. Federal policy should become less favorable, and the best markets may be near sold out. That said, the cost of solar is dropping like a rock and customers, including large publicly-traded companies, are beginning to demand renewable electricity at an increasing rate.  As a result, it is hard to bet against solar in the long run. If you are a customer hoping to secure more renewable electricity, contact EnergyCare to learn more about your options.