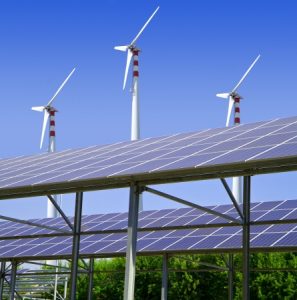 During the campaign, Donald Trump frequently used the bankrupt solar company Solyndra as an example of failed government policies. The company took a loan from the federal government to make a novel solar product, and it was heavily hyped by then President Barack Obama. The company went belly up, however, and took down $500 million in federal taxpayer funds.

Now, Pres. Trump is looking to freeze and wind down the loan program. It was created by President George W. Bush to support investments in alternative energy sources, and it still has more than $25 billion available to give out. The program has been deemed by most to be a success, as it actually has made a return while supporting nuclear, wind, solar, and geothermal companies.

Pres. Trump’s Energy Secretary nominee Rick Perry has reportedly been presented with a memo that recommends shutting down the loan program for new loans, while continuing to administer the existing loans. He has publicly committed to reviewing the program, but Texas actually has a long history with renewable projects (wind in particular) so it is not clear that Perry will seek to stop the loans. Members of Congress have urged him to make sure that money is not being wasted, but Republicans are divided on whether the program should actually be shut down.

Another problem with these experimental projects is that utility customers often have to bear the cost of these projects when they fail. Those legacy costs often get rolled into a utility’s tariff rate, but customers do not always have to accept that rate.