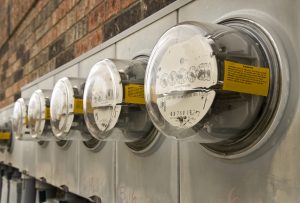 CCAs, for short, allow people in a community to choose to purchase their own electricity while using their utility’s delivery system. So, for example, in San Francisco customers can now purchase 100 percent renewable electricity from a company called CleanPowerSF, but that electricity is delivered over the legacy utility lines provided by Pacific Gas & Electric Company.

Community Choice is relatively new but the idea has been spreading like wildfire in recent weeks and months, particularly in California. San Mateo County officially launched its new program on October 6, and it is now using clean electricity from a company called Peninsula Clean Energy that will be delivered over PG&E’s grid. Customers will get 50 percent renewable power for less than their current PG&E rates, and they can pay a small premium to get 100 percent renewable electricity.

On October 3, the city council of Del Mar, California, expressed the city’s interest in a community choice program.  The city has requested information from the San Diego Gas & Electric Company so that it can consider the feasibility of launching its own program or perhaps partnering with other cities in its region.  The city hopes to get to 50 percent renewable energy by 2020 and 100 percent by 2035, so taking control of its own generation may be a necessary step. Fayetteville, New York, also just ordered up a study on the idea.

Community choice has become a point of contention in Solana Beach, California. The city has commissioned an independent study of the idea, but in an ongoing city council election some candidates say the shift should be made immediately. One argued the issue should be put to a vote off all the city’s residents, but another thought the public might make the wrong decision. To some, however, it is an obvious choice. After all, if the electricity is cheaper and cleaner, one candidate said, why not just make the switch?

If your community is interested in a Community Choice Aggregation program, get in touch with EnergyCare. We can provide some basic information and let you know about how our services can help make your effort a success.