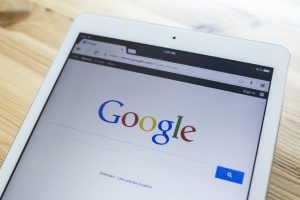 On December 6, Google announced that in 2017 it will reach “100 percent renewable for our global operations.” There is some debate about exactly what that means, but Google brags it was one of the first corporations to create large-scale, long-term contracts to buy renewable energy back in 2010 and now it is the world’s largest corporate buyer of renewable power with commitments reaching 2.6 gigawatts. In addition to buying green power, Google is also investing in 20 renewable energy projects across the world.

Google has taken some flak for perhaps overstating what it is doing here. Google is not actually going to run on 100 percent power. It will continue to source much of its electricity from traditional utilities that get their power from a range of sources, including coal and natural gas. The renewable energy projects Google is investing in will generate electricity to be sold back into the local grid. So, it is not exactly true that Google will be using 100 percent renewable energy, instead it will be paying for an amount of renewable electricity equal to what it is using. Some people find that distinction important and others do not. Google also hopes that its investments will spur other investments. For example, Google is buying electricity from a massive wind facility in Minco, Oklahoma, and Google hopes the wind farm’s operator, NextEra Energy will continue to grow its capacity across the country.

Regardless of the details, Google’s purchasing decisions are undoubtedly pushing green electricity forward and bolstering the company’s image with the public. Google’s tool of choice has been contracts made directly with electricity providers in deregulated electricity markets. That tool may be available to you as well, and the experts at EnergyCare can teach you all about your options. Contact us today.