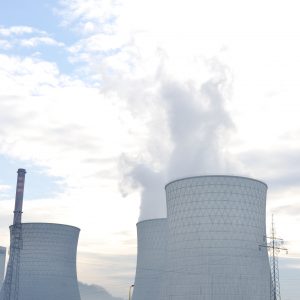 One of the final acts of President Obama’s Interior Department was to wrap up a major review of the federal coal leasing program. The Obama administration imposed a three-year moratorium on new coal leases on federal land back in January 2016 and then began a massive reassessment. This was a high-profile effort for the President, as he said in his last State of the Union Address that he would change the way federal oil, gas, and coal resources are managed.

The report is hundreds of pages long and clearly written with the expectation that President Hillary Clinton would be the one acting on it. The report’s recommendations seem unlikely to find support within the Trump White House. President Trump has repeatedly said he would reverse the leasing moratorium and take many other deregulatory steps to aid the coal industry. So the report’s first recommendation, which was to increase the royalty rate paid by miners in order to offset climate-related impacts, seems unlikely to come to fruition in the near term.

Nonetheless, the report does contain some interesting insights into the state of the U.S. coal holdings.  The federal government owns about 7.4 billion tons of coal that could be mined and sold. The coal program was put in place thirty years ago and largely reflects an earlier era when producing coal was seen as an important priority aimed at weaning America from relying on foreign oil. Coal companies pay a royalty of 12.5 percent on coal taken from surface mines, and that has contributed to $10 billion in federal revenue over the past decade. The report says the bidding process should be changed to make companies bid among themselves for the right to produce a specified quantity of coal in a location of their choice.  Traditionally, the government had just leased off various tracts of land and many failed to receive more than one bid.

Increased competition can help you just as much as it helps the government. Utilities traditionally force all their customers to pay a tariff rate for electricity, but in many cases you can actually negotiate for a lower rate.