Minnesota regulators in late July adopted new regulations that may aid the expansion of “solar gardens” in the state. 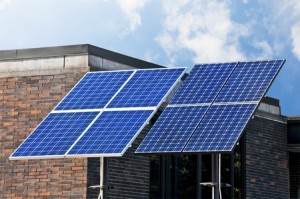 The program was launched in December 2014, as Xcel Energy announced that under the auspices of a new law it would allow developers to offer up land for the development of solar projects to be financed by surrounding customers who sign up to purchase a certain amount of output. The program was unique in the fact that it was not limited; Xcel said it would build as many gardens as the market could handle. At the time, Xcel said it had eager customers and expected the program to be successful, but it has been more popular than even they expected. To date, Xcel has been slammed with a backlog of applications but only three solar gardens are operational.

The Public Utility Commission took both a positive and negative step for the gardens on July 21. First, it limited the size of future projects to 1 megawatt. This should help Xcel manage the program but developers argued this would kill demand for the solar gardens because the smaller projects are not economic. On the other hand, Xcel had asked regulators to lower the rate it was required to pay to purchase electricity from these solar gardens. Xcel argued that it is currently paying above market value, effectively making non-solar customers subsidize solar customers. The Commission instead adopted a “value of solar” pricing mechanism that was backed by environmental groups.

The value of solar rate attempts to account for a number of factors not traditionally considered in an electricity rate, like the positive value to the environment of generating renewable energy and the costs in transmission that are saved by using distributed generation. Solar advocates are excited because the community garden projects will now be given a 25-year bill schedule to pay off their share of building the project and the rate will account for the benefits they are providing to the community.

Utilities and entrepreneurs continue to embrace solar initiatives that are changing the energy landscape across the country. These new rate structures and opportunities often require the delivery of very particular information to the customer, in proactive, outbound situations or through inbound customer care. Trust the experts at EnergyCare to deliver your message. Energy is all we do, and our team of experts is ready to support your solar enterprise. Contact us for more information.